The RCC held its second CKC Draft Dog Test on August 3, 2017 at Lloyd Park. What a great day for a test and what a great location as well. We had a total of 11 entries: 9 Draft Dog entries and 2 Brace Draft Dog Entries.

Out of the 11 entries, we had 4 passes with exhibitors earning their DD titles and 2 passes for the Brace Draft Dog Exhibitors. Our Judges were Paul Bagnall, Judy Snowdon and Lisa Williams and an apprentice judge, Dean Edwards. We would love to thank these judges for coming out to judge our draft dog test and providing their knowledge and words of wisdom to all of the competitors.

We had three Rottweiler teams entered and two of the three teams passed. 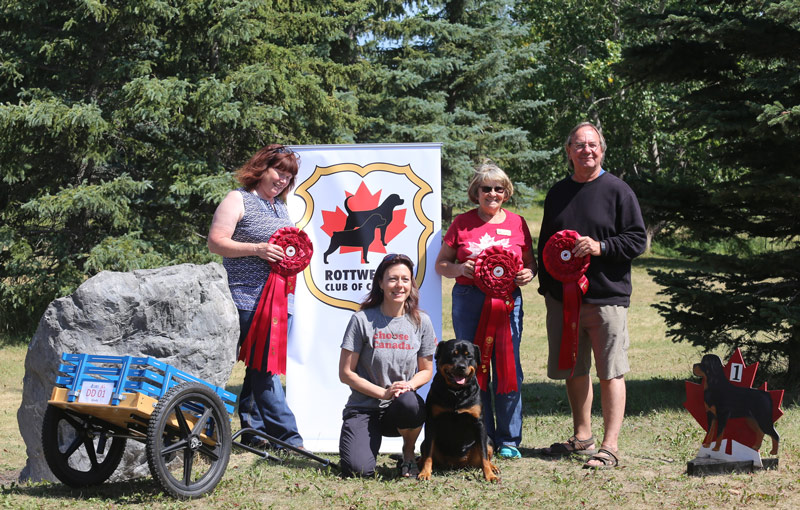 One being, Kristi Fraser with her girl Grady (Akamai London Calling Eirian). Congratulations to you both and on to the DDX now. 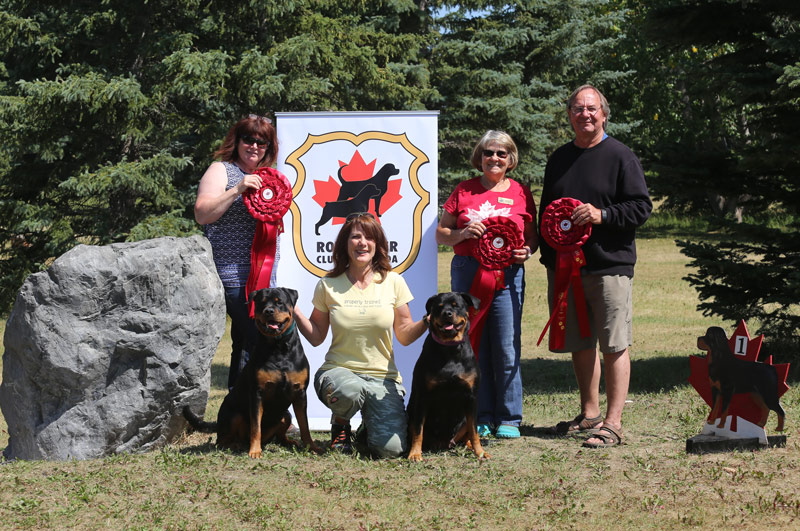 Here is the official list of results for the day:

We wish to thank our volunteers who helped to make this event a huge success:

Tina Clifford – our chief ring steward
Nicole Weibe – our show secretary and dog wrangler for the day
Betty Osing and her niece Pam – who made the lunch and helped with registration of the dogs in the morning and also our official photographer.
Pauline Baldwin – for helping set up the course the night before

For those teams that did not pass, they came ever so close and no doubt next time they will be successful.

Thank you again for coming and supporting our draft dog trial and we hope to offer another draft dog test next year and see some of these successful DD dogs go for their DDX.