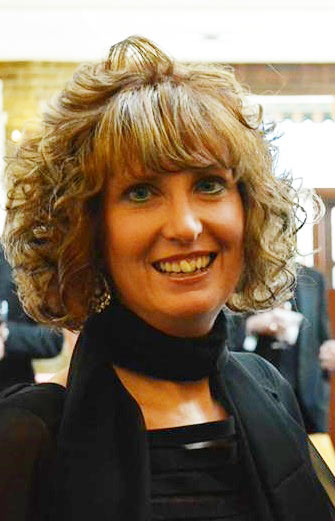 My name is Tracey Rodd and I am pleased to join the Rottweiler Club of Canada in the position of Secretary. Ever since I was a little girl, dogs have been my one true passion. Growing up, my family always owned dogs, including two Bouvier des Flandres. My love of the Rottweiler breed began at age 13 when I attended my first dog show and saw the Rottweilers in the breed ring. I was immediately struck by the beauty and presence of our wonderful breed and from that moment on I was hooked!

As soon as my husband, Eugene, and I purchased our own home, the first item on the list was the introduction of a Rottweiler puppy into our family. In December 2008, Piper (UR01 Mokobreeze Spellbound CD RA CGN HIC), joined our family and as well as being a joy to live with, introduced us to the world of the working venues including obedience, rally obedience and agility. Eugene and Piper had an immediate bond and he has handled her to all of her titles. In November 2012, we welcomed our second Rottweiler puppy, Freddie (URO1 Ashemburg Stampin Out Da Yards RN CGN TT), into the family. Freddie is my first working dog, and I have thoroughly enjoyed my time with this “little” man as we learn the ropes together! I love training and we have tried our hand/paw at a number of areas over the last few years – obedience, rally obedience, beginner agility, and nosework. We are having such fun and are looking forward to many more adventures in the working rings in the future!

I have been a member of the Rottweiler Club of Canada since 2008 and am looking forward to being able to contribute to our National Breed Club. I have enjoyed the opportunity to volunteer at a number of RCC events over the past couple of years including both the 2013 and 2015 National Sieger Shows (Chief Ring Steward) in Calgary, Alberta and at the 2015 Draft Dog Test in Bragg Creek, Alberta.

As part of the National Board, I wish to promote responsible ownership of the Rottweiler as well as to demonstrate the versatility and workability of our beloved breed.