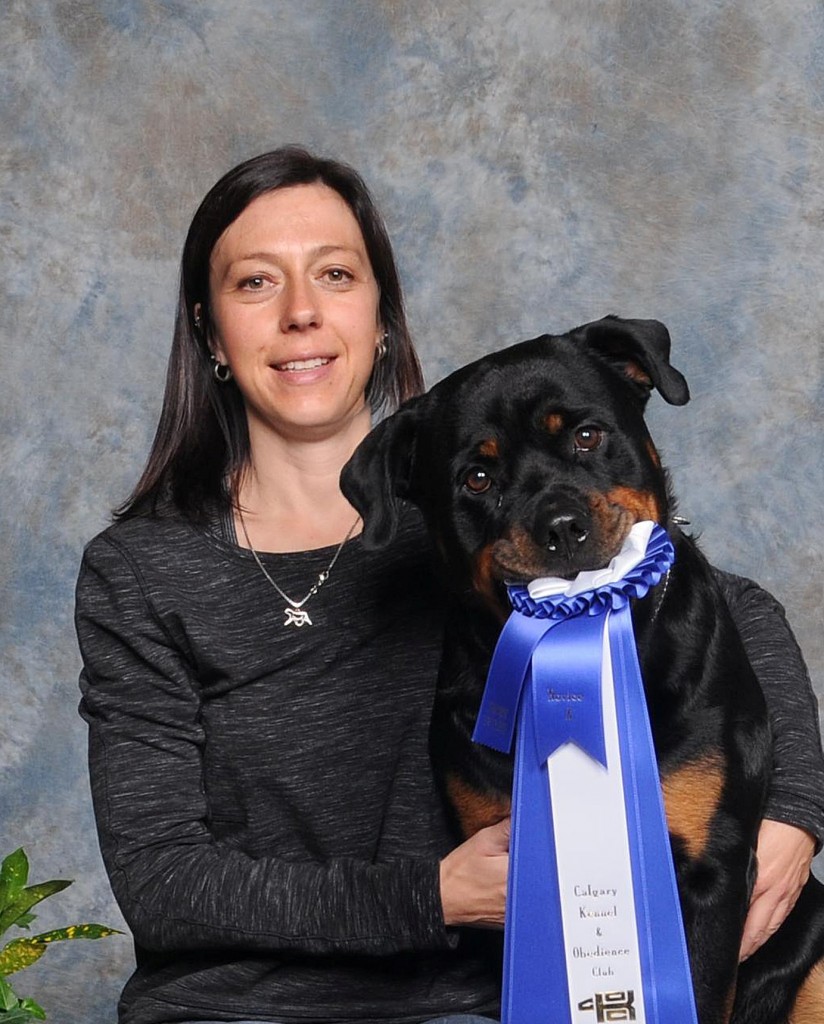 A little about me, I have been a member of the Rottweiler Club of Canada since 1999.  I looked after the website for the club for a few years many years ago.

I have owned and loved this breed since 1997 and have been training and trialling my dogs actively since 2000.  I play around in obedience, rally, conformation and carting with my dogs and have just tried out the new chase ability testing as well this summer …  I am also active in a local obedience club here in Calgary and have been for a decade.

I have bred 7 litters in the last 12 years under the ‘Akamai’ prefix.  We became a permanently registered kennel with the CKC in 2010.   I am currently owned by 3 Rottweilers; my retired homebred boy Ruckus (Can. CH Akamai Bold Ruckus CDI RE RLI CGN TT HIC) who is 9, Scotia (U-CD URO1 V2 rated Can. CH Eirians Hellava Ride to Akamai CDI DDX RE CA CRNMCL CGN TT HIC) who came to me from Ontario and is my active working girl.  She is 5.5, and Grady, who is Scotia’s young daughter (VV1 rated Akamai London Calling Eirian HIC).   She is my up and coming new partner in crime.

I am also a mother of 4 human children and I am a dog groomer, working out of my home.

I am looking forward to taking on the role of club secretary for the next two years and working with the executive and for the membership of the club!
Kristi Fraser